The Bay Area Chapter Board of Directors

A Bay Area native, Haeley has worked as a recruiting specialist since earning her B.A. in Psychology with a minor in Business in 2012. After graduating, Haeley started as a volunteer with the Bay Area Alumni Association, eventually becoming a board member and then President as of January of 2017. Haeley lives in San Francisco with her husband and on weekends you’ll likely find her wine tasting in Sonoma County.

Not unlike most Gonzaga students, Stephen met his future wife Haeley during his freshman year. After several years in the political world, Stephen is now a key individual in the collector car world as an insurance broker and events manager and brings his operations talent to the board. In his limited free time, Stephen is an avid cyclist and wine connoisseur. 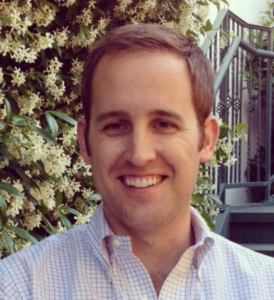 Originally from Sacramento, Scott graduated from Gonzaga in 2008 with a Bachelors of Business Administration. Scott currently works in Brand Marketing for a leading Skincare company in downtown San Francisco.  In his free time he enjoys running, biking, and swimming to support his love for food and micro-brews. He lives in Danville, CA with his Wife, daughter and Son.